One of these photographs was used for Eye Magazine in Dec, 1968
about Harry and his house in LA among other pop stars
living in the same area.

At Home With Los Angeles' Pop Stars
"Harry Nilsson spends most of his time at the piano
in his Laurel Canyon home, composing the songs that recently
have gained him so much attention. A modern, dark-paneled place,
his home perches on stills overlooking the canyon.
On the piano sits his favorite possession, a hand-crank 1905 Victor
Talking Machine with a laminated oak bell". 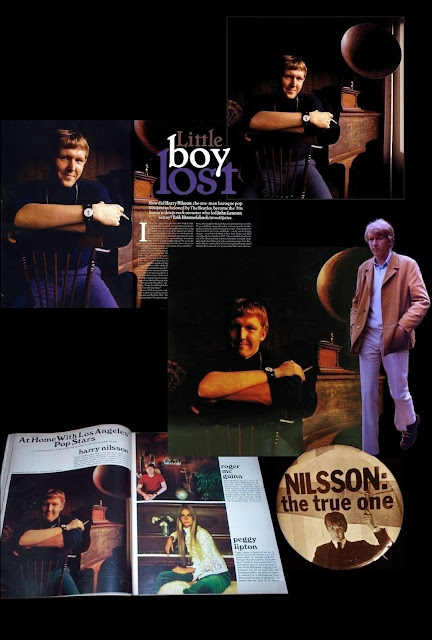 
Notice that those photos are reversed from the original shooting. 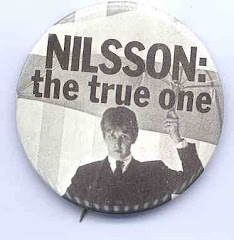